A company born out of love for cinema, Drishyam Films aims to build a platform for unique voices of Indian independent cinema and create global content with rich Indian flavours. Their filmmaking journey started with the award-winning film Ankhon Dekhi directed by Rajat Kapoor. Its success was followed
by Umrika directed by Prashant Nair, which premiered at Sundance Film Festival 2015 and bagged the Audience Choice Award. Soon after, Dhanak directed by Nagesh Kukunoor won the Grand Jury prize at Berlinale 2015, and Masaan directed by Neeraj Ghaywan picked up two big awards at Cannes
2015. Waiting directed by Anu Menon, premiered at the prestigious Dubai International Film Festival 2015.

Their biggest hit was the critically and commercially acclaimed Newton directed by Amit Masurkar, starring Rajkummar Rao which was also selected as India’s entry to the Oscars 2018. It premiered at the Berlin International Film Festival winning the CICAE Art Cinema Award followed by the Hong Kong International Film Festival where it won the Jury Prize for Best Film. The film also had its North American premiere at the Tribeca Film Festival. Newton was followed by Rukh and Kadvi Hawa (which won Special Mention at National Awards 2017. Kaamyaab (Round Figure) directed by National Award winning director Hardik Mehta premiered at the Busan Film Festival 2017. Their most recent film Tryst With Destiny by Prashant Nair won the Best Screenplay at Tribeca Film Festival 2020.
Drishyam Films  partnered with the Sundance Institute, USA during 2015-2016 to organise a Screenwriters’ lab for Indian writers.

Drishyam Films has been formed keeping in mind the changing trends of the independent cinema industry. We envision nurturing fresh content and quality driven films that are not only culturally rooted but have an international appeal. The idea is to create a pool of fresh and talented filmmakers who have unique Indian stories to share with the world. Our inspiration comes from the fact that the Indian film industry is changing and exploring new forms of storytelling, paving the way for us to back strong content driven films that will not only work at premiere film festivals worldwide but also win hearts and the box office back home. 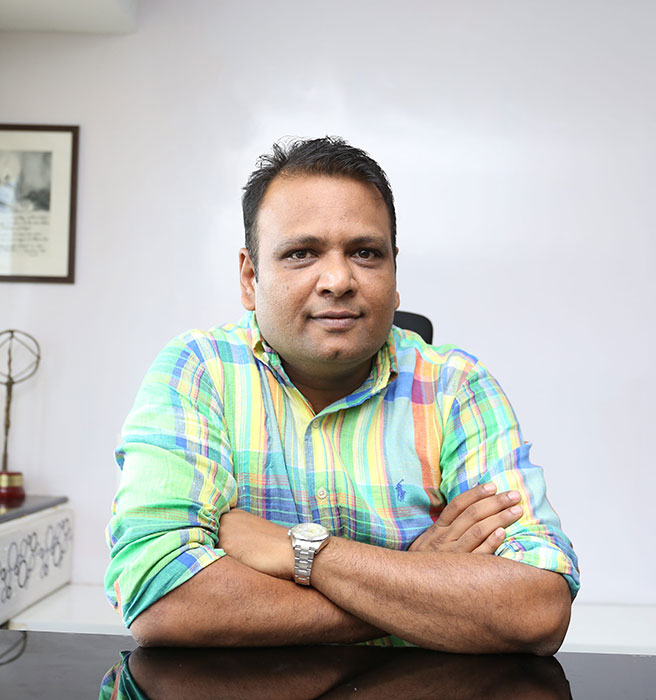 Manish Mundra is a producer, filmmaker and the founder of Drishyam Films. After a chance interaction with Rajat Kapoor on Twitter in 2013, he agreed to finance Ankhon Dekhi (2014). The film went on to win three Filmfare Awards and three Screen Awards. Since then, there has been no looking back for the corporate leader-turned-film producer. Drishyam Films is a global motion picture studio that has produced international award-winning films such as Masaan (2015), Umrika (2015), Waiting (2015), Dhanak (2016), Newton (2017), Rukh (2017), and Kadvi Hawa (2017). Newton won the National Award for Best Hindi Film, and was also selected as India’s official entry to the Academy Awards in 2018.
Their upcoming releases include National Award-winning Bengali director Suman Ghosh’s Hindi debut Aadhaar starring Mukkabaaz actor Vineet Singh, veteran actor Seema Pahwa’s directorial debut Ram Prasad ki Tehrvi starring Konkana Sensharma and Vikrant Massey among others, and Umrika director Prashant Nair’s anthology feature Tryst with Destiny. Along with these, they have also produced their first regional feature, a Marathi film titled Ghaath directed by Chhatrapal Ninawe and starring acclaimed actor Jitendra Joshi. Manish is also known for establishing the Drishyam–Sundance Institute Screenwriters Lab for aspiring Indian screenwriters. He was named as one of Variety magazine’s Top 10 Producers to Watch Out For in 2017. He is currently working on his directorial debut project, a yet-to-be titled social drama feature film inspired by true events and set in Uttar Pradesh, India.